My boss is moody!

Coming back to Iran after 8 years and started working as a professional marketer, I have been experiencing some unique traits among my peers. There are certainly cultural, socio-economical and historical factors involved making them so evidently different than norms of business practices elsewhere. Among so many different doings between modern and traditional work environment, I just want to touch upon a simple yet important issue: “why do we care about the daily mood of our bosses?” 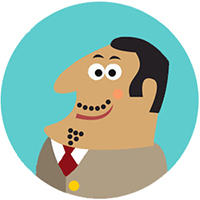 The mood of the boss is the most important question of almost all employees for one another every morning. They ask this to simply realize for that day if they can work more relaxed, ask for their leave of absence, laugh louder, slack a bit, eat breakfast until whenever, etc. This was indeed quite a shock for me as I always used to believe that there are rules for any of these and they shouldn’t depend on the “boss” on a specific day or mood to determine the right and wrongness of each act.
Hearing this frequently made me think of the fundamental elements making us concerned about the “mood of our bosses” whilst this doesn’t seem to be a concern back in western countries. There may be various reasons resulting this but all seems to have cultural and sociological factors impacting personal and business attitude of most Iranian people like any other society.

The main issues comes to place while we have most Iranian companies- medium, small or even large size- run and owned by the same person or group of people. When the owner of a business is also the CEO, it is hard to have him/her make distinction of these two separate roles of them. The clash of interests of these two roles becomes problematic in a sense that they tend to take more emotional decisions. The fact that they feel they “own” the building, the furniture, the brand, and basically all asset of the company, make them to be less of independent decision makers and in some cases, they may act out of company rules and policies. Therefore, the definition of company culture and rules seems to be distorted in most cases as personal and emotional factors are highly involved. 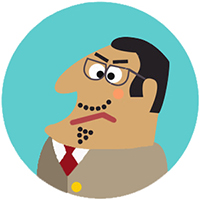 What I find as a driver for such concern is also ill-established company HR policies. If there are solid guidelines for every matter surrounding the personnel and most decision are not solely dependent on the boss to make, then there would be less dependency on the mood of the boss to determine if you can take a leave, use cigarette breaks or how to spend your lunch time. For instance, there is “lunch time” in almost all companies varying from 30 minutes to 1 hour. However, the way you want to spend this time should technically be your decision. Even taking the whole time off is supposed to be your full right; however, I have seen most people concerned about taking the whole time off for themselves or either leave the office to eat out or run personal errands. This will give them a sense of “guilt trip” to use what it is known to be their very right. And this is simply because the rules are not defined and communicated properly in the organization. 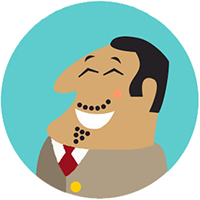 Another reason for the bosses to let themselves act as they wish is due to a cultural implication of Iranian society in which there is a tiny border between your personal, work and social life. In a highly collectivistic society, there is less room for people to have a “private life” so when you mix these two spheres, there you tend to mix up the traits associated with each as well. So people allow themselves to bring their personal issues to work. They would allow themselves to act bad just for the sake of having a bad night the day before and their personnel “must” tolerate that. This may happen anywhere in any company anywhere in the world, but there would be objections to such behavior in the more modern organizations, whilst in Iran such behavior is very acceptable.

And finally, in a society with high power distance system anyone sitting on higher position allows him/herself to be looking down at the subordinates. This can be seen while they push their ideas at work or simply their bad temper when they feel it. Giving themselves all rights while sitting on top of the hierarchy, the boss is mostly the position to have the power to act as they wish. So when they are not in a good mood, the employees are expected to be more quite, accommodating of their not necessarily logical demands or even not ask for any time off, etc. 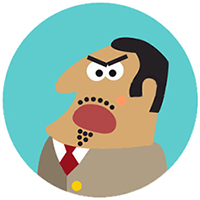 It is indeed a major issue of professional work environment in Iran where personal and cultural implications of the society are interwoven. With businesses becoming bigger with more transaction with foreign entities, there seems to be an urge to make some changes in our way of professional behavior starting from simple thing as “just being professional”. By that, I mean we better learn to have an identity unique to our work that is less influenced by our personal issues. That way, we also manage to have a clear vision of our rights to exploit and wrongs to avoid on the way to become valuable “global standard work force.”